Shopping Basket
Your Basket is Empty
Quantity:
Subtotal
Taxes
Delivery
Total
There was an error with PayPalClick here to try again

Thank you for your business!You should receive an order confirmation from Paypal shortly.Exit Shopping Basket

Kent Phoenix were today welcomed as the first American Football club to join the newly reformed Parliamentary All Party Group for American Football. The group which has had an extended hiatus due to Elections is formed principally of Members of Parliament with the aim to looking at issues and finding way to develop and promote the sport in the United Kingdom. In its new guise there is scope for member of the public, organisations and clubs to become members of this group, in doing so they will then be invited to the groups open meetings and be given opportunity to have their input into the future development and growth of the sport. American Football has been growing in popularity and following for a number of years and the Kent Phoenix themselves, as one of the UK's only Youth dedicated clubs, have found increasing interest and membership.

A press release on the Groups website this morning contained the following statement from the Chair Peter Bone, MP for Wellingborough.

“I’m delighted Kent Phoenix Youth American Football Club have joined the Parliamentary Group for American Football, and I congratulate them on being the first club to join the Group. They and all other clubs are most welcome and I am looking forward to meeting them at our first Ordinary Meeting next month.”

“It is great to see there are Members of the British Parliament who support American Football, and who welcome non-politicians as members to hear their thoughts. I was pleased to see the opportunity for us to get involved and I’m thrilled to see our name at the top of the club member list. I and the club are looking forward to attending our first meeting in October.”

For such a young club the Kent Phoenix have again shown their commitment towards developing the sport and building a program that not only provides a playing outlet but places itself at the heart of the community. 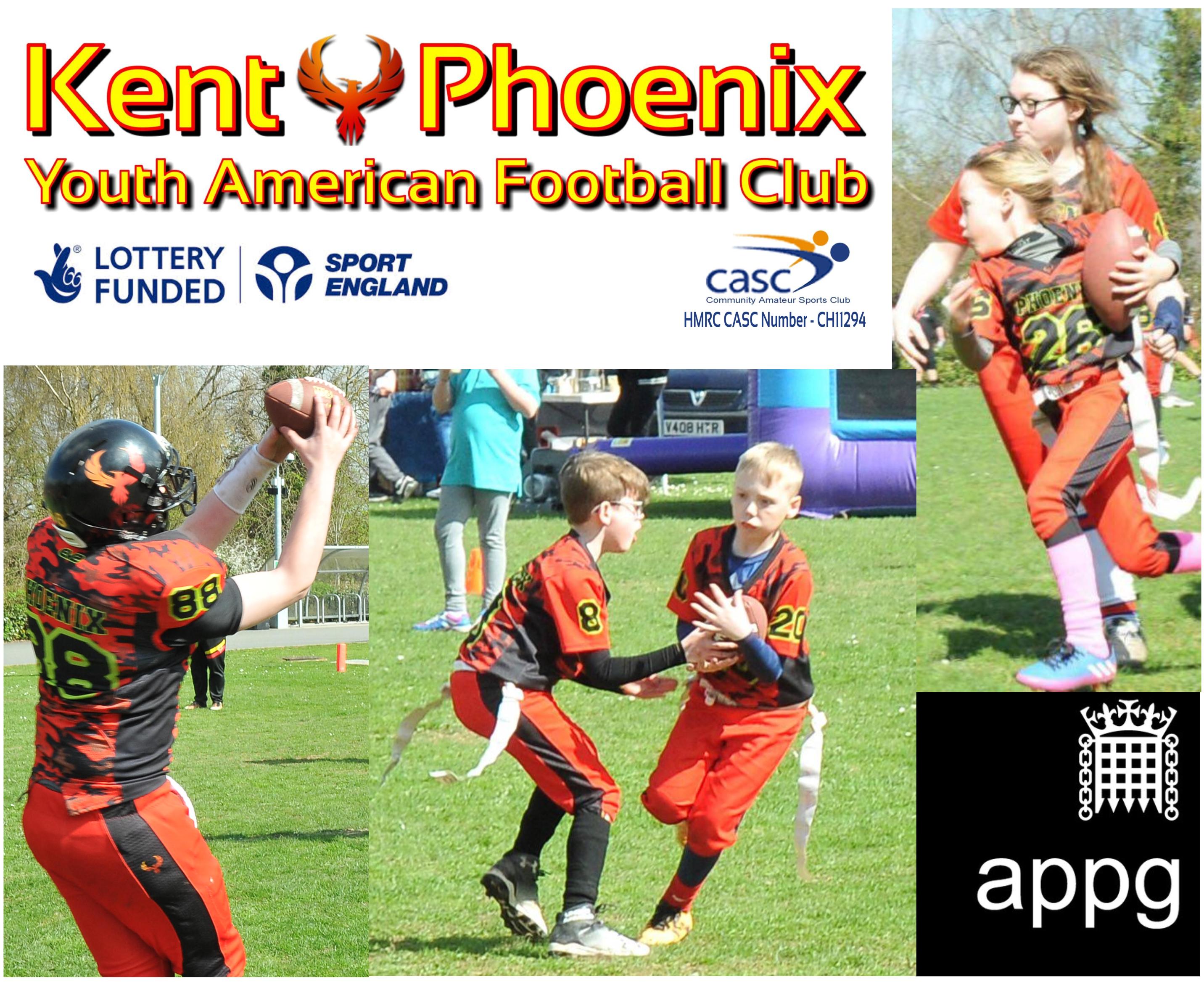