Shopping Basket
Your Basket is Empty
Quantity:
Subtotal
Taxes
Delivery
Total
There was an error with PayPalClick here to try again

Thank you for your business!You should receive an order confirmation from Paypal shortly.Exit Shopping Basket

Last September the Kent Phoenix formed and one of its key goals was to push forward with its development of an Under 17's team to play in the BAFA National League. Youth Kitted Football has not been played in the county town for a number of years, aside from a couple of practice/demonstration events, and in order to promote and sustain a Youth only American Football Club participation within the National League is key as it provides the only opportunity for our U17's to play competitively.

Having trained and recruited throughout the Autumn and winter the squad is ready and keen to get on the field to show how far they have come but also to continue to learn and develop their skills and awareness of the sport. The coaches have worked hard to pass on their knowledge and teach the youngsters the principals of the game. Sadly as is the nature of sport we have picked up some injuries to key players along the way, but this has only spurred on remaining squad to step up and play on for their downed teammates. The spirit and togetherness shown by these young men is inspiring to all within the organisation and their support of the younger Phoenix Flag teams continues to show how well bonded the organisation is.

This is a busy and exciting period for the organisation as a while with the SEYAF Flag Championships coming to a conclusion it is a real chance for us all to show how far we have come and to lay a solid foundation for future growth.

It is still a great time to join the Phoenix and get involved in a sport that offers so much opportunity for all. If you know of anyone who may be interested contact [email protected] for more information. 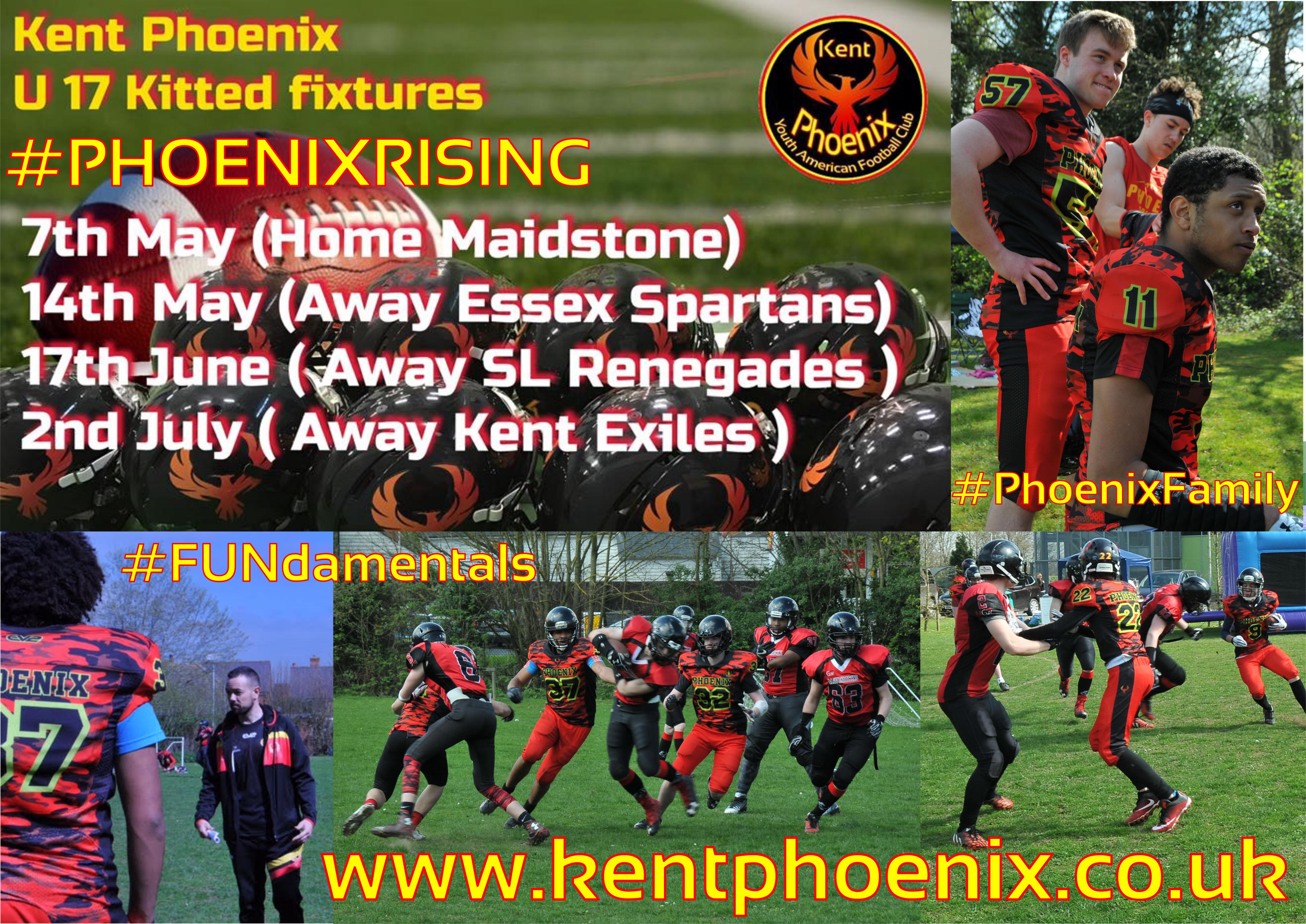